In the era of industrial revolution 4.0 utilization technology based on electronic / digital into demands to improve the quality standards of service to the community and the business world. In fiscal year 2019 the Ministry of ATR / BPN will focus on the preparation of regulatory and human resources competent in the governance of digital-based work. One of them with coaching Licensed Cadastral Surveyor (SKB) which has supported in achieving the targets of the National Strategic Program in the land sector.

In an effort to improve the competence to work every SKB both surveyors and assistant surveyor who covers aspects of knowledge, skills and attitudes work in accordance with established standards, the Directorate of Measurement and Pemetan Association, the Directorate General (DG) Infrastructure agrarian responsible for coaching the LCS in Indonesia, held a National Convention draft National Competence Indonesia (RSKKNI) Cadastral Affairs, August 26 to 28 at the JW. Marriot Jakarta.

Director-General of Infrastructure agrarian, Ministry ATR / BPN, Muhammad Adi Darmawan in his speech when opening the convention said Surveyor Cadastral required to improve the quality, “Along with the theme of the celebration of our independence this year, the HR Excellence Indonesia Maju, I ask all Surveyor Cadastral must continue to improve quality, for a superior quality of human resources is key to be able to compete in the era of the Industrial Revolution 4.0, ” he said.

Adi Darmawan added, in the face of the era of the success of a country is not determined by the wealth of natural resources owned, but is determined by the quality of human resources capable of utilizing advances in science and technology. “A professional surveyor must be willing and able to adapt to the environment, including IOT (Internet of Thing), competency and certification standards for product quality assurance,” added Adi Darmawan.

Meanwhile, Director of Measurement and Mapping Association, Agus Wahyudi said the Ministry of ATR / BPN today already have 10 751 SKB. “After the draft SKKNI Cadastral Affairs is agreed upon, we will implement the entire decree that would extend the license as well as a new application. It is expected that the trial will be held later this year. Friends of the Professional Certification Agency also has begun to square off to prepare professional competence certification schemes National occupation, “said Agus Wahyudi.

Agus Wahyudi added starting in September, will soon socialize throughout Indonesia in order to guide together in improving the quality of licensed surveyors in their respective areas. “We also hope that all the Head of Land Infrastructure can be assessors in each Regional Office throughout Indonesia and hope to be underlined that this SKKNI not only belong to the Ministry of ATR / BPN but will become property of the State and will contribute to national development,” added Agus.

In his report, the chairman of the Convention organizers, Herjon Panggabean National Convention states that this is the final stage in the development of the Cadastral Affairs SKKNI expected this year could have been implemented. “Intensive discussion and formulation SKKNI by inviting all the stakeholders, we have been doing since the beginning of January. Results Formulation Team has been through internal and external verification stage and already in the Pre-Convention-kan on 3-5 July 2019 ago in Semarang, which was attended by some of the participants of the Convention today. We hope that discussion can proceed smoothly dikonvensi Leave enough time for discussion of bundling competencies in accordance with the National Competence Indonesia (KKNI), as stipulated in Government Regulation No. 8 of 2012, “said Herjon. (HP / TM)

The Participation of Indonesian Surveyor Association in 2019 SEASC Darwin 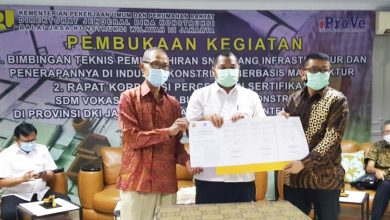 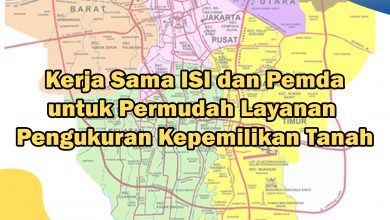 The Participation of Indonesian Surveyor Association in 2019 SEASC Darwin